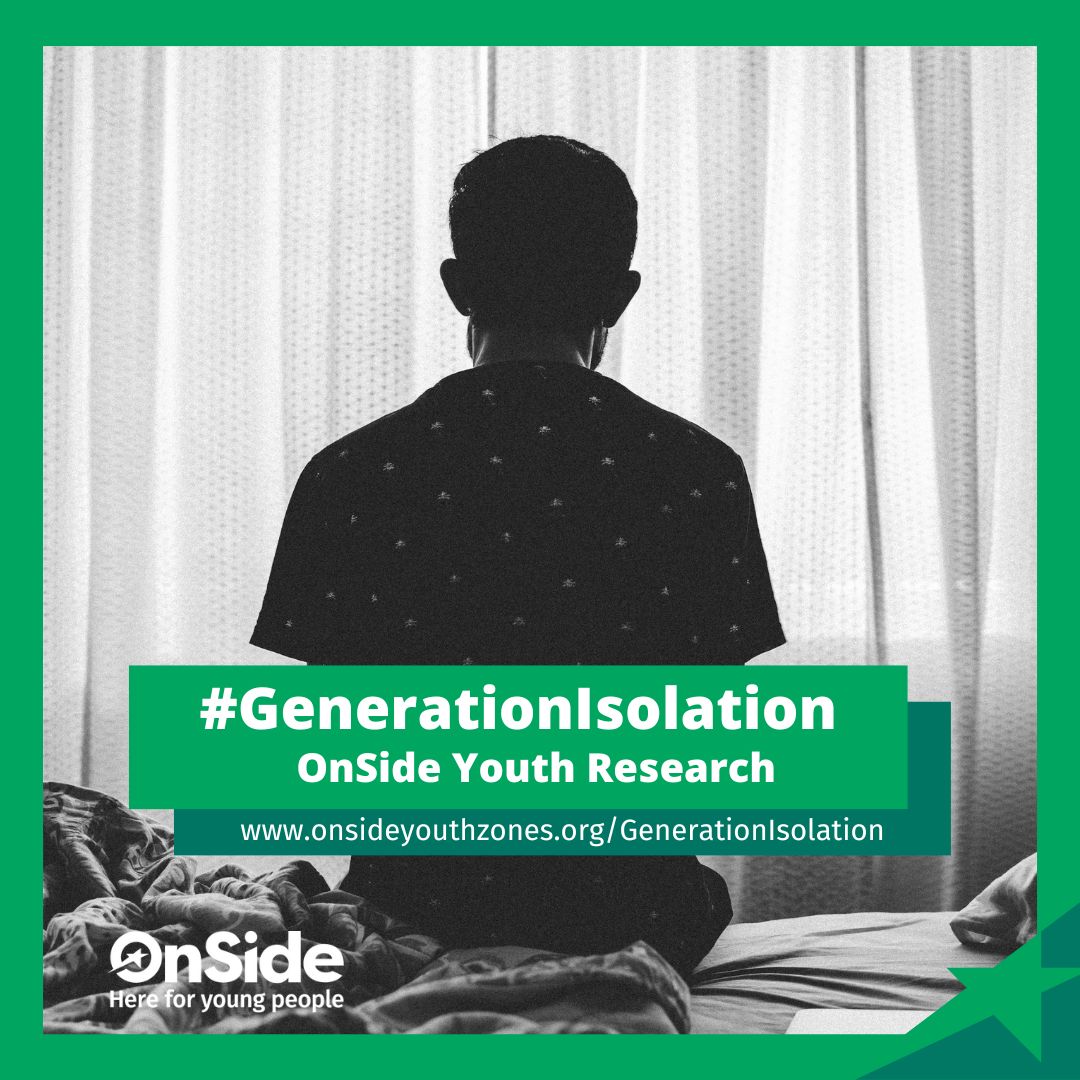 A major new study into the social lives of children and young people aged 11-18 in England published today by the youth charity OnSide, shows that young people in the West Midlands are navigating a world outside of school that is increasingly isolated and home-based, with limited opportunities for face-to-face socialising, making new friends or meeting people in person.

The Way Youth Zone, which is part of OnSide’s network of 14 Youth Zones, has today reacted to the startling findings, calling on more recognition of the vital role of youth centres to give young people opportunities to socialise, make friends and build the valuable life skills that come with real world interaction

Generation Isolation finds that one in five young people (19%) in England spend most of their free time alone – that’s almost a million young people (988,000) living isolated lives*. In the West Midlands this is replicated with 18% spending most of their time on their own.

OnSide’s survey of 5,078 11-to-18 year olds in England published in partnership with YouGov, builds a picture of young people struggling to socialise away from screens with 73% of young people surveyed spending most of their free time on screens (watching streamed content like Netflix/YouTube, gaming, spending time on their phone or watching tv). This is the same in the West Midlands with 74%.

53% in the West Midlands say they are watching more streamed content now than before the Covid-19 lockdown; 35% of young people say they are doing more gaming now than before the Covid-19 pandemic; and 32% are watching more TV now. Computer games are the most time-consuming leisure time activity for young people with 26% spending most of their free time outside school doing this, followed by watching streamed content (22%) and using their phones (20%).

Generation Isolation shows that youth clubs like The Way Youth Zone play a vital role in enabling young people to build rich social lives, develop skills and build resilience. 78% of young people in the West Midlands that currently attend a youth centre say it has made a positive difference on their lives and 72% of that same group say it has given them new skills. Making new friends is the most popular reason for young people to attend youth centres with 23% of people who said that youth centres have had a positive difference on their life citing this. Yet the report also highlights the lack of widespread opportunity to gain these benefits, with just 9% of young people surveyed in the West Midlands currently attending a youth centre.

The Way is joining OnSide, which develops Youth Zones in some of the country’s most disadvantaged areas, in calling for every young person to have access to high quality youth centres to help them build rich social connections, achieve their potential and develop into happy, healthy thriving adults.

The Way has supported many of the area’s young people to make friends, gain vital youth worker support and to take part in engaging and fun activities.

Other key Generation Isolation findings for the West Midlands include:
• 42% of young people do not have opportunities to meet new people or make friends beyond their usual group of friends (by contrast, young people who currently attend youth centres have far greater social connections with 69% of young people in this group saying they have lots of opportunities to make new friends).
• 54% of 11- to 18-year-olds surveyed identified as having high to very high levels of anxiety**
• 18% of young people in the West Midlands do not have opportunities to take part in sport and physical activity outside of school.
• 25% say they do not have a safe space where they feel belonging.
• 22% don’t feel able to manage their health and wellbeing.
• 29% of young people are reading for enjoyment less now than they did before the pandemic. Activity based trips and days out are also on the decline with 27% of those surveyed saying they do this less now than pre pandemic.